The Death is not the end of everything, at least not for you. Cursed soul, a journey full of terrors is waiting for you in Kisarta, a setting for the 5th Edition that will drag you and your party in a netherworld of horrors.

In this Setting Rulebook for the most famous role-playing game of the world, players will travel in the Seven Dominions of Kisarta, a dark reign of struggle and dangers in which the dead wake up keeping some of the extraordinary skills that they had in life.

LINK TO THE KICKSTARTER CAMPAIGN

Welcome to Kisarta, a world of danger and horror, where you will face chaos, insanity and damnation as well as deadly enemies and frightening monsters. The netherworld realms of Kisarta are ruled by unholy and terrifying beings, and inhabited by the souls of the dead that awaken there. It is a place of struggle, and every adventurer must face constant danger and harsh challenges.

Each player impersonates the Soul of a dead person awakening in a tomb near the mysterious City of Limbo. Souls must fight, plot, track down cults and conspiracies to uncover ancient secrets hidden among the forgotten ruins and in the minds of the beings that live there. Only then can they hope to carve out a place for themselves within the tangles of the Great Game, where true power lies.

During their adventures on Kisarta, characters will delve into those dark Dominions, the planes of existence ruled and shaped by mighty Guardians:

Every Dominion is different from the other ones in terms of structure of the territory, Souls and creatures that live there, and can be reached by crossing some passages located in various parts of the City of Limbo.

Kisarta is a rulebook setting for 5th Edition, totally compatible with it, with its characters, races and classes. If your character of 5e dies you can drag and play it in this netherworld of distressing horrors as a brave and wandering Soul.

Don’t delay, Soul, you can face the darkness of Kisarta right now. We have prepared for you a sumptuous 35-page quickstart document to discover the City of Limbo, the Seven Dominions, new races and classes, specific rules for this game world and much, much more.  Download it clicking on the cover below and have fun! 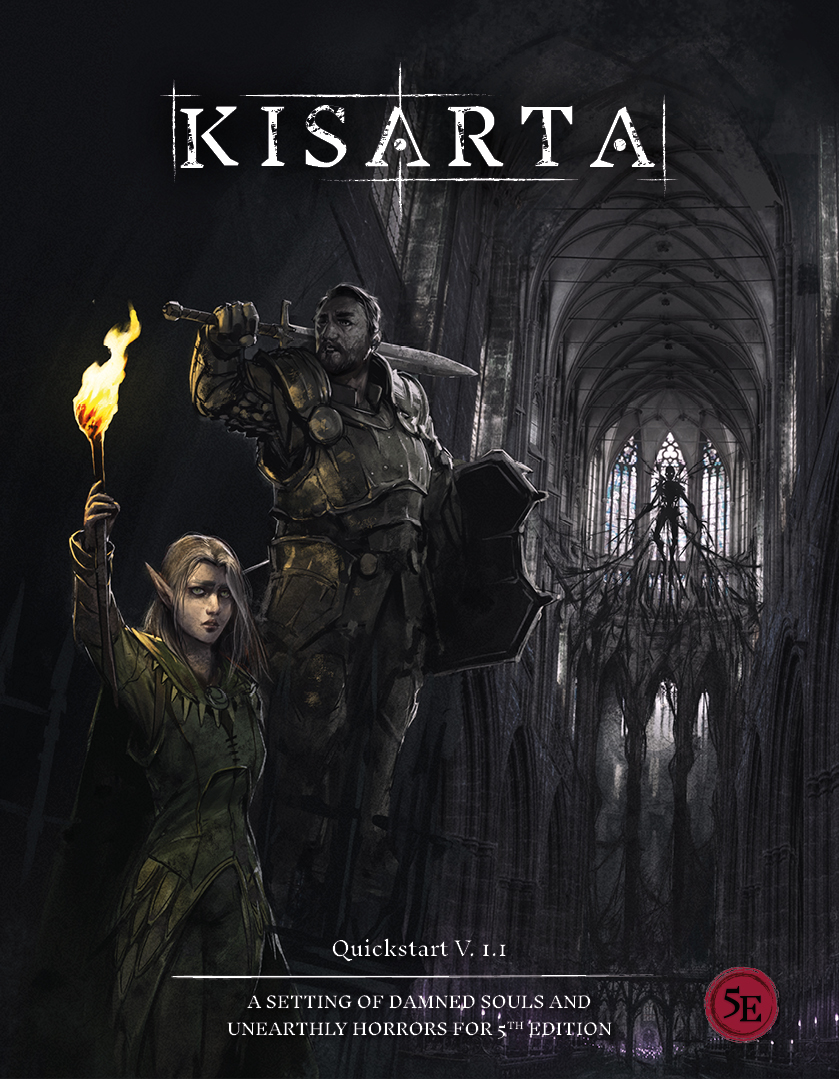 Kisarta is a setting rulebook totally compatible with 5th Edition. You can use classes, races and spells typical of 5E, but not only them. Kisarta adds a lot of new elements, mechanics, classes and races to explore this setting in a more ‘horrorific’ way such as:

Kisarta will be published in English and Italian languages through this Kickstarter! Test the quickstart document and send us your feeback through the Kisarta Facebook page or the official Facebook group!